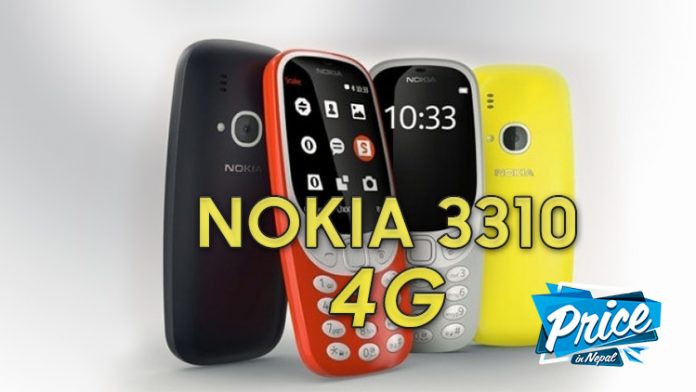 HMD has just unveiled its third version of the Nokia 3310 with 4G and WiFi connectivity.

Late last year, we reported that this new variant which will be released in China first may feature a different software plus a new connectivity. Today, the Nokia 3310 4G with VoLTE support is now official. This device supports TD-LTE which means that an international version is highly possible. It runs YunOS, an incompatible fork of Android that focuses on apps built on web technologies and has a strong focus on cloud integration.

The Nokia 3310 4G will be available in Nepal starting late March with no official pricing yet.

You may also like to read : Nokia 1 running on Android Oreo launching soon