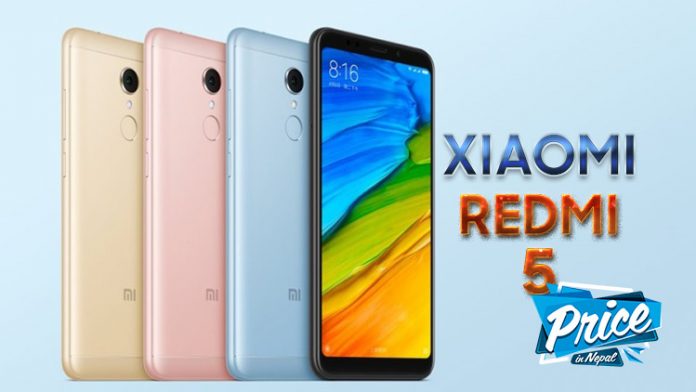 The Xiaomi Redmi 5 now has a third variant with 4GB RAM in China. Listed on the official Xiaomi store, this will be the third variant in the Redmi 5 range that was previously launched in 2GB RAM and 3GB RAM options. The Redmi 5 4GB RAM variant’s price is CNY 1,099 (roughly Rs. 18,000), a premium of CNY 200 (roughly Rs. 2,000). It apparently comes with no other specification upgrades except the increased RAM; it has inbuilt storage of 32GB. The smartphone is yet to launch in Nepali market.

As we mentioned, the 4GB RAM variant of the recently launched Redmi 5 has been quietly listed on Xiaomi’s official website in China. The new variant is available in Black, Rose Gold, Light Blue, and Gold colour variants. The smartphone was launched alongside the Redmi 5 Plus at an event in China.

In the camera department, the Redmi 5 features a 12-megapixel rear camera with flash, PDAF, and an f/2.2 aperture lens. On the front is a 5-megapixel camera sensor with Beautify 3.0 features for enhanced portraits. A fingerprint sensor is placed below the camera module on the back.

The phone is backed by a 3300mAh battery under the hood. The Redmi 5 weighs about 180 grams.

The Redmi 5 will be available in these variants:

You may also like to read : Oppo A83 18:9 display smartphone Launched in Nepal