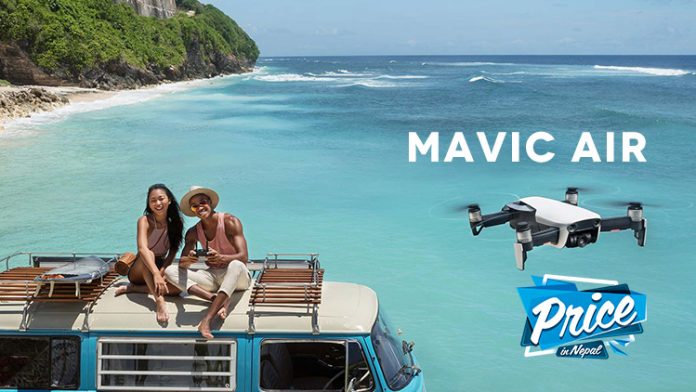 DRONE-MAKER DJI announced a new hobby aircraft today, one that weighs just a shade under a pound, fits in a jacket pocket, and is capable of flying itself.

The Mavic Air ships on January 28 for $799. At that price, it hovers in DJI’s lineup between the $499 DJI Spark, the gesture-controlled flyer released last year, and the more capable $999 Mavic Pro.

The Mavic Air is tiny, half the size of a Mavic Pro, and about half the weight at just 15 ounces. When folded up, it’s about the size of a paperback novel. At a press event in New York on Tuesday, DJI exec Michael Perry announced the Mavic Air by pulling it out of the pocket of his puffy Patagonia vest.

Mavic Air is set to launch in Nepal by the end of March and the price is expected to be around Rs.1,10,000.

You may also like to read this : DJI Mavic Pro Platinum Price in Nepal