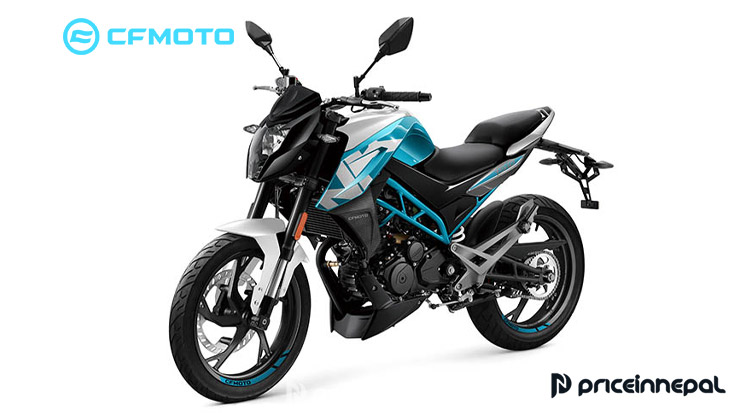 Motorcycles manufactured by CFMOTO are sold in Nepal exclusively through Anna International Private Limited. As of this August, the company will be offering CFMoto brand motorcycles in the Nepali market. The company’s naked or sporty-looking bicycles have become highly popular since their introduction. In the beginning, the company focused on selling motorcycles with engine sizes between 150 and 250 cc and between 400 and 400 cc. Located in Naxal, CFMOTO’s main showroom serves as the company’s administrative headquarters. Their dealer network, however, is dispersed across the country, including locations in Birtamode, Bhaktapur, Bhairahawa, Butwal, Chitwan, Kawasoti, Itahari, Pokhara, and Nepalgunj.

As far as liquid-cooled engines go, CFMOTO is the undisputed market leader. It has, however, branched out into the auto industry. New CFMOTO motorcycle models are co-created with European design studios like Kiska (Austria). On top of that, it has collaborated with KTM to make compact motorcycles. CFMOTO is the leading exporter of all-terrain vehicles and utility vehicles (UTVs), as well as motorcycles in a wide variety of categories (sport, touring, off-road adventure, supersport, etc.).

As of this writing, CFMOTO is offering three distinct models of two separate bike models in Nepal. Among them are the 150NK, 250NK, and 250SR. The lowest-priced CFMOTO bike in Nepal costs Rs. 3.35 lakhs, and the most expensive costs Rs. 6.9 lakhs. To learn more, get in touch with CFMOTO Nepal via the channels outlined below.